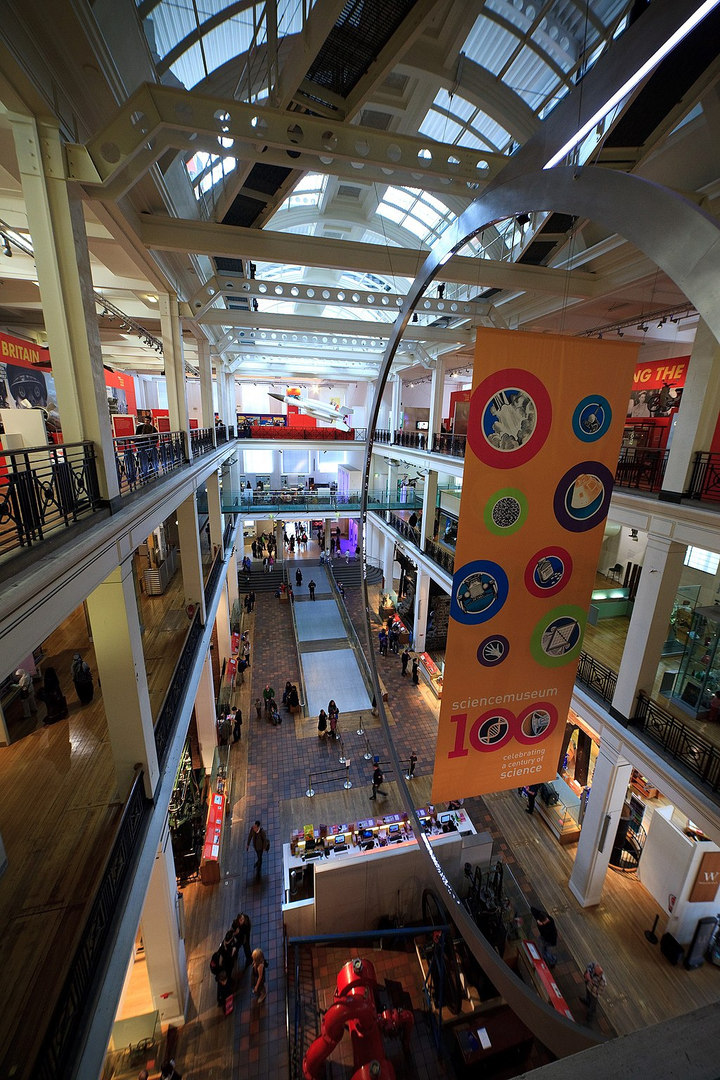 From a standing start, with only remnant memories of school science, my visit to the London Science Museum provided the inspiration for my first children’s book and space trilogy, May’s Moon.

The dynamic, fact-packed Exploring Space exhibition had me hooked from the moment I entered. Rather than engaging my school group of 8 year olds in what the exhibition had to offer, I was immediately transported back to my 8-year-old self.

I imagined another world; beginning only sixty miles above me, where air was absent and where science was so impressive that it could land foil-like models on the moon I’d taken for granted. Perhaps one day, a child would make it into space?

It was the best school trip ever and started me on a quest for more information as I began to plan my story. The more I looked, the more I discovered how many teachers, librarians, volunteers, scientists and public centres are devoted to science education.

4 months into my research, I found myself talking to astronauts, growing rocket seeds that had been into space and creating asteroids with a teacher from a space academy. I didn’t need the excuse of a school trip to make my next visit. This time it was to the National Space Centre to look at rockets, astronaut suits and a mock up of part of the International Space Station.

Before long, I was enrolling on space lecture events, listening to astronauts talk about life in micro-gravity and reading whatever I could find.

If my character in May’s Moon was going to become the first child astronaut, he had to complete real astronaut training and know everything that was involved.

The publication of my first book was such a thrill and I soon set off on bookshop, library and school visits to talk about it. The more I talked, the more children asked about the science behind space travel and exploration.

I soon discovered that I wanted to share some of the knowledge and science resources I’d discovered along my writing journey.

This led to the development of school workshops for 7-12 year olds where I’m fortunate to be able to talk about space fiction and space fact. Many schools study space as part of the curriculum and I endeavour to enrich their learning with my interactive fact-packed workshops.

There is a never-ending list of science educators to thank and science resources to appreciate.

Without them, May’s Moon wouldn’t exist and I wouldn’t look up at our amazing sky every night. 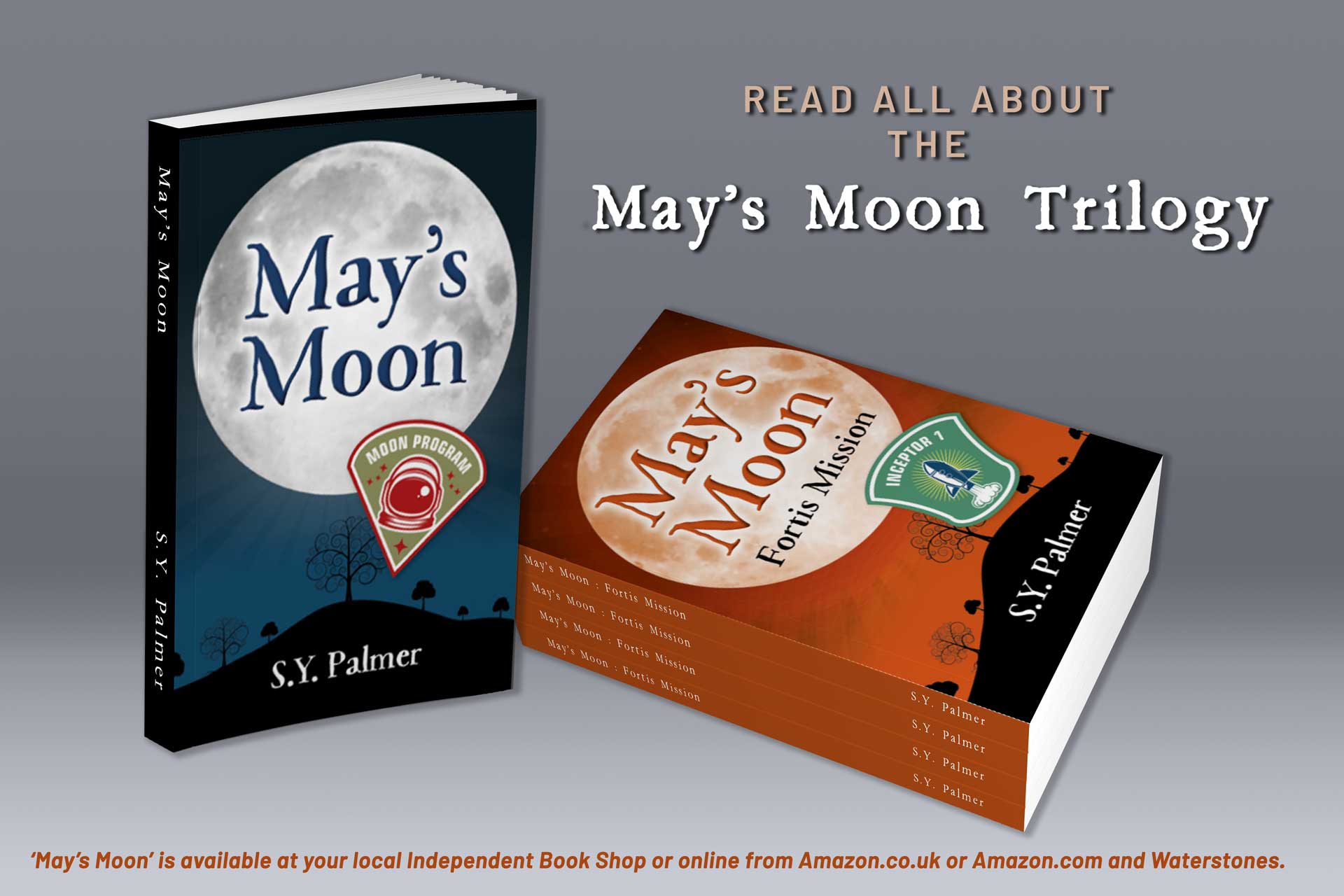 Michael May is wearing a space suit, standing on the edge of the world’s largest pool, about to find out what it’s like to be weightless. Beating thousands of others, the geeky boy they call ‘Micky Moon’ at home, is one of ten children from around the world accepted onto the ‘Children’s Moon Program (CMP)’ in Florida. If he can survive the g-force of a space shuttle launch, overcome his secret fear of water and pass the other battery of tests, he could win a place on the next mission to the moon.

As Bob Sturton from NASA subjects the candidates to pass or fail tests most teenagers can’t even imagine, thirteen-year-old Michael has to decide how desperate he is to be one of the top three. Some of the others seem willing to do almost anything. Is he? He’s nothing special here and only the final three will go on to a two-year astronaut-training program, to decide who gets to go to the moon.

Fifteen-year-old Michael May makes history as the first child in space and part of a crew to the far side of the moon. However, from the moment he docks at the International Space Station, things change…

Theft, sabotage, and a shocking discovery threaten Michael May's mission to the moon and force him to act. If he can’t find the answers, the mission will fail.

I’m working on the final story in the May’s Moon Trilogy. Sign up for my newsletter to find out what I’m up to and when the final May’s Moon book is out.

Poppy’s Periwinkles is a classic adventure story with a detective feel. Set in the recent past in Cornwall, Poppy’s Periwinkles sees thirteen year old Alice reluctantly pulled into an adventure by the boy next door, whilst trying to unravel her own family’s secrets and deal with the death of her younger sister.

Littorina Obtusata (Flat periwinkle)
Periwinkles are sea snails and part of a large family of gastropod molluscs found on shores. The flat periwinkle gets its name from the flattened spire of its shell. It has a teardrop shaped opening and the colour varies according to its habitat. 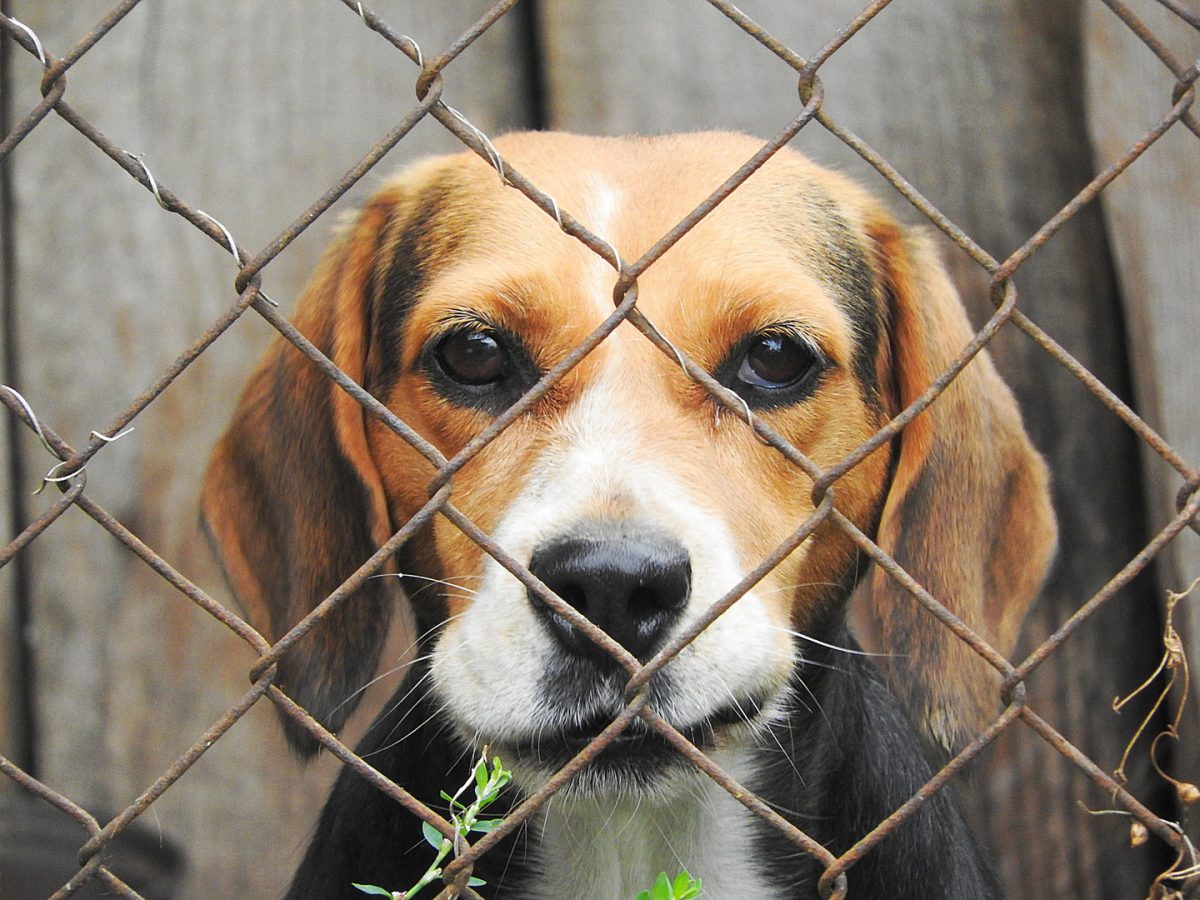 Jed Carter is mad about dogs but, since an accident in which his puppy Blaze was killed, Jed’s parents won’t consider another dog. The closest Jed can get is a summer job at a local rescue centre. This is heaven for Jed, until he discovers some gruesome secrets.

Jed has to find enough evidence to go to the police before it is too late for the dogs…but then he is caught.