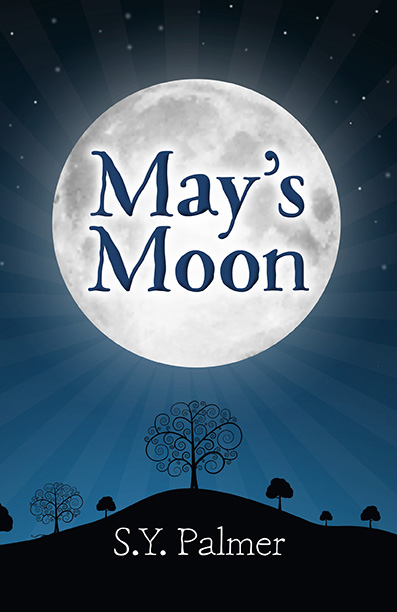 I live in the UK. I moved from Lancashire to The Cotswolds at the age of 7 and have been living in rural Oxfordshire since 1995.

My first children’s book May’s Moon is due for publication in the autumn with John Hunt Publishing and…I have just started researching for the sequel, which is really exciting. It gives me an excuse to start reading about space again and allow myself to float around in the enormous NASA website!

My first stories, like most children, were created at school. In my early teens, I wrote books of poems full of teenage woes and the odd short story or two. I loved escaping into fantasy worlds and making up ‘what if’ situations for characters. Much later, having lived in the sometimes-serious adult world, picking out books for my children gave me my sense of adventure back and I started to pen my first children’s book. I love the eternal optimism of young children and their absolute belief in dreams coming true.

This is a well-debated question. I think if you write stories, poems, books, or articles on a regular basis and you have an audience, you can be described as a writer. Writing became my primary focus about two years ago and my first children’s book is to be published in the autumn of this year. I am also an administrator for our business, a mum and a wife..

My first story came about from a challenge to myself. I wanted to see if I could write a full-length children’s story. After nearly a year the answer was ‘yes’ but unfortunately the writing world’s answer was ‘no’. I went back to the drawing board, read a lot about writing, asked a lot about writing and spent a lot of time writing. My second attempt benefited hugely from my first naive venture. The inspiration came from a school trip with my then 8-year-old son to the National Science Museum in London. The ‘space’ exhibition and the children’s reaction to it gave me the idea of sending a child into space – the premise for May’s Moon.

‘I don’t really know,’ is the honest answer. I know I like to get inside the head of my main characters. I know that he or she represents some of the worries and concerns and hang-ups that I had as a child and I know I want to share those with my readers, but I can’t really comment yet on my style.

Is there a message in your novel that you want readers to grasp?

There are several messages in May’s Moon that I’d love readers to pick up on:

How much of the book is realistic?

I have tried to make the astronaut training that Michael May goes through as realistic as possible, to make the book appealing to children who like to learn about space. The facts about g-force, planets and other space-related stuff is real, but details of the next mission to the moon is fictional.

As a child, I was mad on Enid Blyton’s The Faraway Tree, Malory Towers and The Famous Five. I loved Clive King’s Stig of the Dump and Astrid Lindgren’s Pippi Longstocking. Huckleberry Finn and Swallows and Amazons were also big favourites – anything with adventure or strong, unusual characters getting themselves into trouble. As an adult, lots of the advice given by Stephen King in his On Writing resonated with me, as did Dorothea Brande’s 1938 Becoming a Writer. David Almond’s Skellig, Philip Pullman’s Northern Lights and Li Cunxin’s Mao’s Last Dancer all drew me in completely to their very different worlds.

It would have to be someone called ‘Pullman Horowitz Funke’!

What book are you reading now?

I am currently reading an ARC of Flashboys by Michael Lewis and John O’Farrell’s The Man Who Forgot His Wife. Next will be Because of Mr Terupt by Rob Buyea.

Are there any new authors that have grasped your interest?

I enjoyed reading The Dreamsnatcher by Abi Elphinstone – a great story woven with gypsy secrets and mystery.

I am currently researching and planning the sequel to May’s Moon, getting my marketing in place, preparing for my book launch and putting together some creative writing resources for use in primary schools.

Name one entity that you feel supported you outside of family members.

The people at John Hunt Publishing have given me a wealth of information and advice on the publishing process, explained what they are going to do for me and set out what they want from me. Joining their Facebook forum has enabled me to meet like-minded people who are willing to give advice and support.

Do you see writing as a career?

I would like it to be. Up until recently, it’s been an indulgent hobby – I am keen to replace the word ‘hobby’ with ‘career’!

If you had to do it all over again, would you change anything in your latest book?

The only thing I would have changed would have been some of the planning and some of the techniques I now use for setting out plot/scenes/character development. That would have made the writing process easier and a bit quicker, but I loved getting to know Michael May and that only came from spending a lot of time with him!

It probably came from time spent with my junior schoolteachers, Mrs Jarvis and Mrs Evans. They were keen on reading the right things and writing as much as possible. I was encouraged to think up new ideas and be as creative as possible, without ridicule or criticism. Television at the time gave my friends and I countless subjects for letters passed around in class. I was always writing little scenarios, which were born out of what I saw and read.

I’m currently researching about the International Space Station and sketching out what a mission to the moon might be like for a fifteen-year-old boy and what could possibly go wrong!

I’m still working on lots of things! Making sure my writing ‘shows’ rather than ‘tells’ is really important. Starting scenes with action is also key, as is having characters that, despite their flaws, have something special about them. I am constantly trying to view my writing from a child’s perspective, which is sometimes quite difficult.

The ending was the hardest part of writing May’s Moon, even though I was clear about it when I first started. I didn’t want the ending to disappoint my readers, but I was also keen for Michael to respond in a way that was natural to him. I did play around with it quite a bit until I was happy that I could achieve both.

Did you learn anything from writing your book and what was it?

I learned a lot! Having ideas is a fantastic start, but getting them down in a fun, coherent and interesting way is far more difficult than I thought! I also learned a lot about what lies about 50 miles above us and what astronauts have to go through to get there. I remembered the things that worried me as a teenager and had fun exploring what happens when what you’ve dreamed for for so long, suddenly seems a possibility. Above everything, I learned that to write a good story you have to keep writing, rewriting, editing, writing, rewriting…until you get the best story you can.

May’s Moon by S Y Palmer is due for publication in the autumn of 2015. 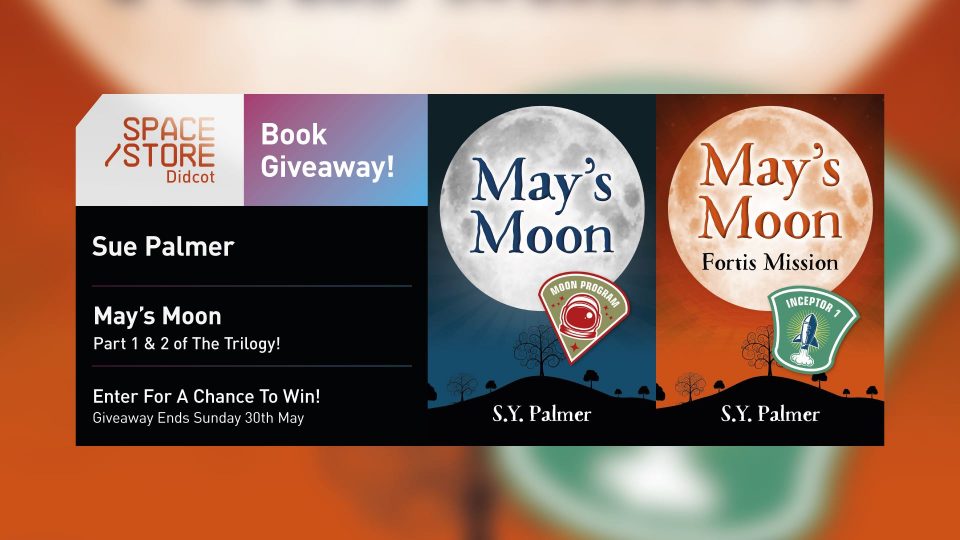 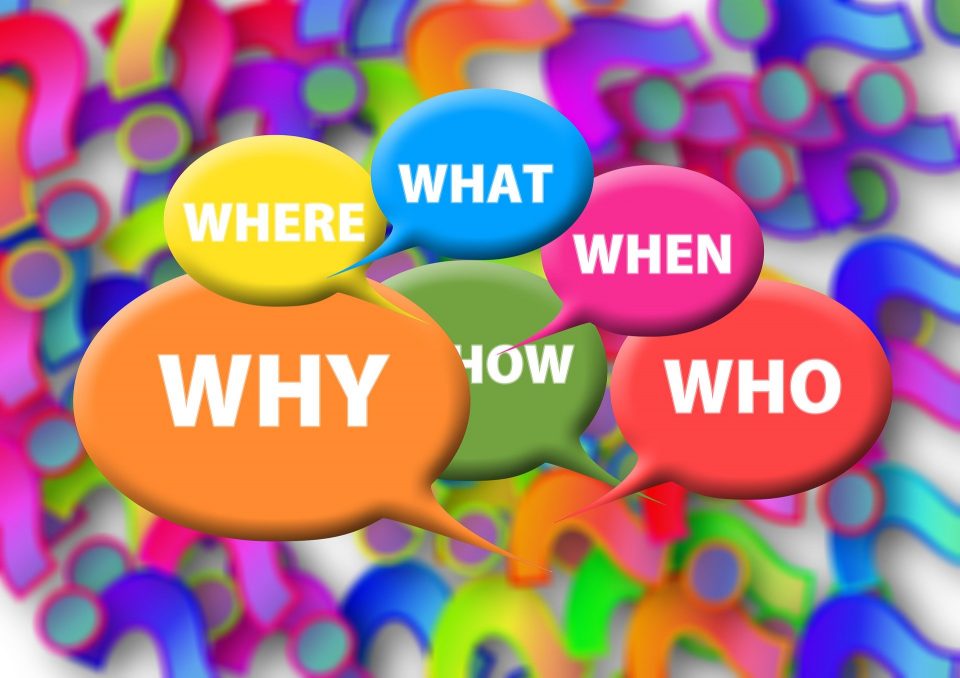